Scott, former Army Aviation Officer and AH-64E Apache Pilot, joined Elite Meet in February of 2020. Scott maximized the resources that EM had to offer, most specifically, the Elite Meet messaging platform within the Slack program. He praised the EM community for being the first touch point to thousands of potential opportunities. As an alum, Scott strives to give back to the EM community more than he got out of it.

Scott began his new career in August 2020 as a Mergers and Acquisitions Investment Banker at Guggenheim Securities.

Scott had a very successful career in the Army, and we know he will perform at a high level in his new position.

Scott’s advice:
"Your military career is important but what employers really want to know is that you can do the job that you’re interviewing for and that you're going to be effective in their organization.”

On behalf of the EM membership, we wish you all the best in your future endeavors. Congratulations Scott Garino! 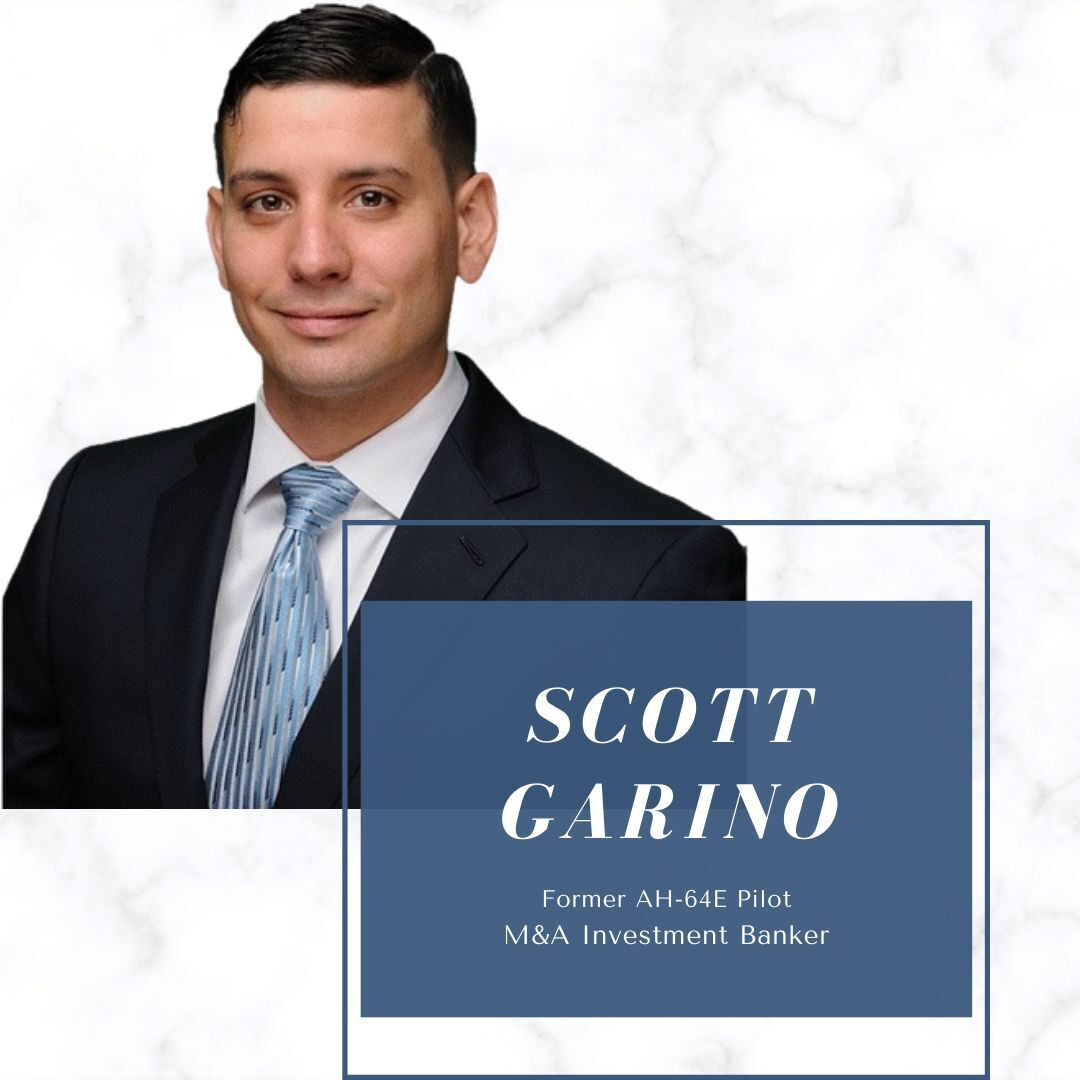 Or
If you have linked your account to one of the following social networks, please click on the relevant icon to log in
Not a member yet?
Apply